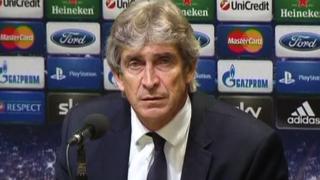 Malaga boss Manuel Pellegrini says it felt like "there was no referee on the pitch" towards the end of their 3-2 defeat to Borussia Dortmund in the Champions League quarter-final on Tuesday.

The Spanish side were 2-1 up going into injury time, but the home side scored two late goals, with Felipe Santana's winner appearing offside.

Dortmund's manager Jurgen Klopp admits their third goal appeared offside, but believes over the two legs his side "deserved to qualify".