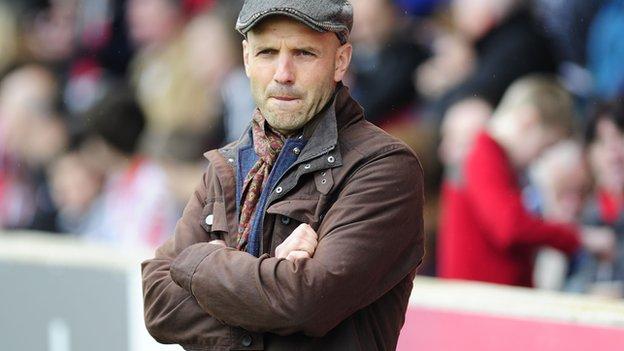 The Grecians' 4-1 defeat by Rotherham saw them slip out of the top seven for the first time since January.

"We got over powered in the first 20 minutes and there was no recovering from it," said Tisdale.

"We played with some strength of mind in the second half and it's not over yet, so over to the next."

The 40-year-old added: "In terms of the way we played it wasn't too bad, they've scored in the first minute and off the back of that we got rolled over."

Exeter are now a point off the play-off positions in eighth, having played a game more than the teams immediately above them and with an inferior goal difference.

"At half-time it was a bit of a junction really as we could've lost by five or six but we didn't," Tisdale said.

"I like the players I've got but we know we have limitations. We're trying to get the best out of our players but it didn't work today.