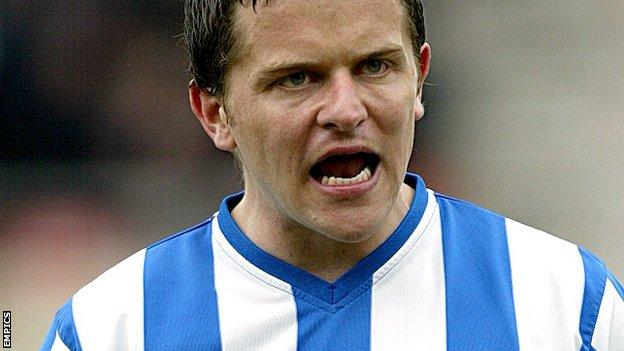 Manager Scott McNiven has hailed the achievement of his Hyde team as they moved within sight of Conference Premier survival by beating Ebbsfleet.

The Tigers, who won the Blue Square Bet North title last season, are one of nine part-time teams in the division.

lifted them to 14th and they only need one point from their final two games to stay up.

"We only had five points after 10 games, but we never lost belief," McNiven told BBC Radio Manchester.

"The lads just had to learn, develop and grow into the league.

it's our first proper management jobs. It was a learning curve and it was very steep.

"You're under pressure straight away - you're a part-time club in a full-time league and you're expected to get hammered every week."