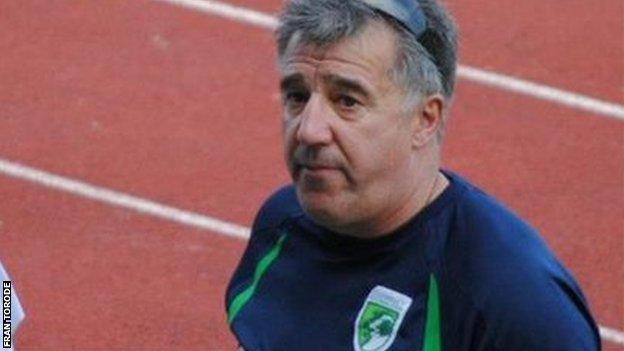 Guernsey FC assistant head coach Colin Fallaize was happy to see them bounce back from weekend disappointments with a 2-1 win over Farnham Town.

It was the fourth fixture in five days for the Green Lions, following games on Friday, Saturday and Sunday.

"It was a good win after the weekend's games and it was good to bounce back with three points," Fallaize told BBC Radio Guernsey.

"We dominated the second half and deserved the win."

Goals from Dom Heaume and Nigel Hutton were enough to secure Guernsey's victory, which left them 19 points behind leaders Egham Town with seven games in hand.

"We had plenty of possession in the first half but didn't really hurt them.

"We made some tactical changes in the second half which worked wonders," added Fallaize.

"The weekend had lots of ups and downs and I think what hurt us was the travelling on Friday night.

"It takes a lot out of you to leave the island early in the morning, arrive back at midnight and then be up for a game the following day, you can't really recover."

Guernsey face another four games in five days this weekend starting with the visit of Horley Town on Friday evening.