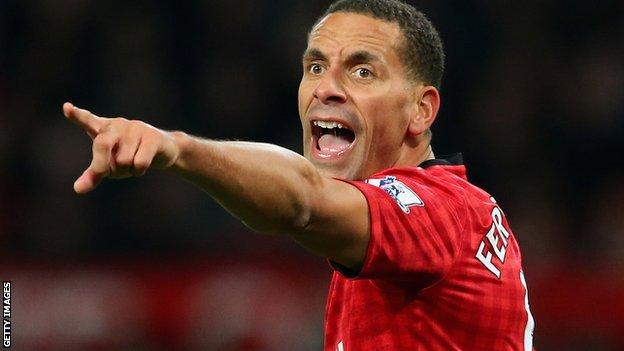 Rio Ferdinand says Manchester United do not get the credit they deserve for their dominance of English football, as they near a 20th league title.

And the centre-back maintains that the opinions of doubters are used within the club as an inspiration for success.

"People don't want to see us win the league and we thrive off that. We love it," he told BBC Radio Manchester.

United have a 12-point lead at the top of the Premier League, despite Monday's

Sir Alex Ferguson's side require 10 points from their final seven league matches to seal a 13th title in the 21 seasons since the inception of the Premier League in 1992.

Speaking to Red Wednesday, the 34-year-old England international continued: "Every year that we've won the league, the following season we've never been favourites to win the league.

"That's in most people's books or in the bookies' books, and that's always riled me.

"If you win the league, you should be the favourites next year because you've been the best team in the league - it's simple."

United were denied their 20th league crown in the final seconds of last season, as rivals City scored twice in stoppage time to beat QPR and win a first title in 44 years.

But the Red Devils, helped by the goals of have controlled the title race this term and, on 77 points with seven games remaining, could still register a record tally.