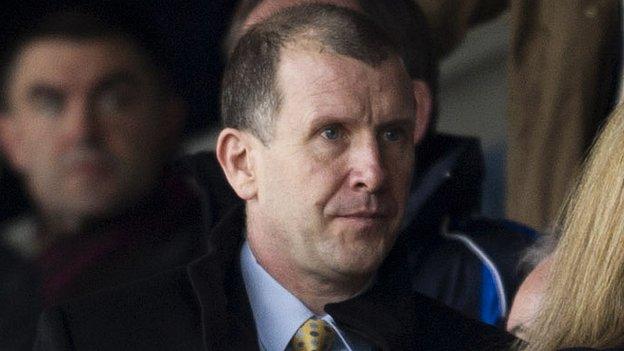 The Scottish FA has written to Rangers chief executive Charles Green seeking clarification about his business dealings with Craig Whyte.

Those assets were transferred to Green's consortium after the club could not be saved from liquidation.

And Green has insisted Whyte has no claim on Rangers.

The Ibrox club began this season in Scottish Division Three after obtaining the SFA membership that had previously been held by Rangers in the Scottish Premier League.

"We have to seek the facts and that's what we've done," said SFA chief executive Stewart Regan.

"We've written to Mr Green, as chief executive of the club, and asked him to respond to a number of very specific points about the revelations last weekend.

"And once we've got those answers, we'll be able to decide how we deal with it."