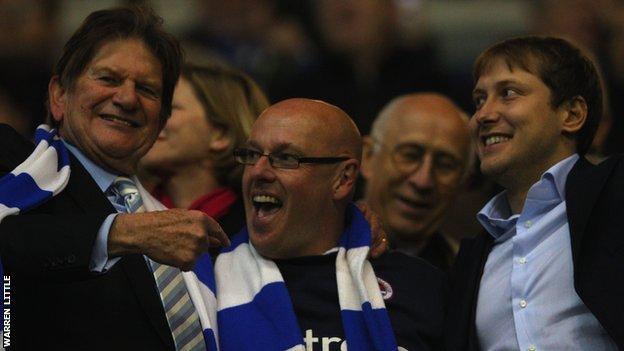 The 52-year-old was dismissed by the club in March after a run of four successive defeats had left the club 19th in the table.

"I was sad to see Brian McDermott go, I would have kept him," he said.

Madejski added that he respected the decision made by owner Anton Zingarevich.

The Royals chairman sold 51% of the club to a Russian consortium, headed by Zingarevich, in January 2012 and stepped down from his position as owner four months later.

Under the new ownership, McDermott led the Berkshire club to the Premier League following a run of 15 wins in 19 games towards the end of last season.

It secured the Championship title and sealed the Royals' promotion to the top flight for only the second time in their history.

But they have struggled in the Premier League, managing only five league wins which all came under McDermott's management.

With his replacement Nigel Adkins at the helm, they are currently bottom and eight points adrift of safety with six games of the season remaining.

Madejski said that some Reading fans would be more content watching their team in the second tier of English football.

"A lot of fans will be happy to see us in the Championship, because they think it's a more interesting league," added Madejski, who was speaking at the sport's Soccerex forum.

"The Premier League is a bit of a procession."