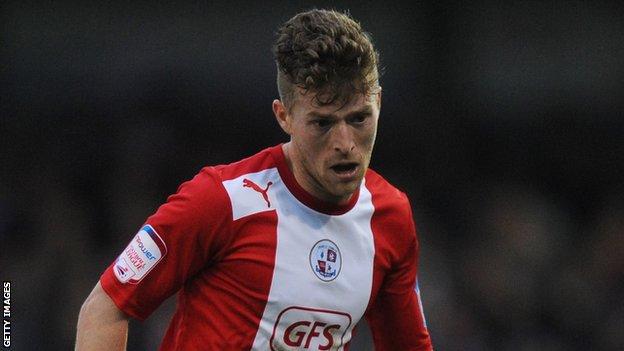 Crawley forward Billy Clarke says their win at Sheffield United shows the progress the club have made.

The Reds are seven points off the play-off places in what is their first ever campaign in the third tier.

The 26-year-old told BBC Sussex: "To come to a club the size of Sheffield United and get a great result shows how far we've come and how good we are.

"We've given a good account of ourselves in what has been the club's first season in League One."

Richie Barker was appointed Crawley manager in August and, having seen the former Bury boss remodel his squad, Clarke says the side is much changed from the one he originally joined.

"It has been unbelievable," Clarke said. "From when I came here last year there has been a massive turnaround in personnel - in both players and staff.

"The new lads who have come in have done excellently.

"The play-offs are a bit out of our reach but it will not affect how we go into games.

"We'll do our very best to get four good results in the remaining games. We will go in positive and wanting to win.

"If we end on a high it is momentum for next season."