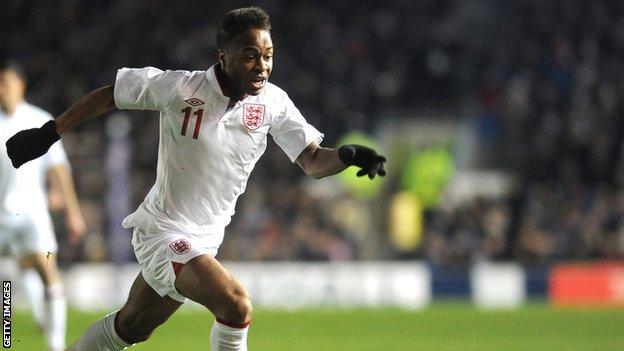 The Football Association's new director of elite development Dan Ashworth has named seven players he feels will be the future of English football.

Ashworth started his new role on 4 March with orders to improve the talent pool available to England managers.

England have dropped to seventh in the latest Fifa world rankings and Roy Hodgson's side were widely criticised for their showing in the 1-1 draw in Montenegro in a World Cup qualifier last month.

We are England and are very proud of being England. We have some really fantastic traits and if we can add one or two more bits and pieces we can take it to the next level

But Ashworth, who will work with the under-16 to under-20 age groups, insists there are reasons to be optimistic about England's prospects of producing competitive teams, especially now that the Premier League has signed up to an Elite Player Performance Plan designed to bring standardise all coaching in club academies.

He told BBC Sport: "There are several players I can mention who are plying their trade at the top of the Championship or in the Premier League who will hopefully be the future of England football.

"Jack Wilshere, Alex Oxlade-Chamberlain and Danny Welbeck have got into Roy's senior side early.

"Then we have players like Wilfried Zaha, Thomas Ince, Raheem Sterling and Luke Shaw - they could play at a lot younger age groups internationally and yet are in the U21s or in the seniors.

"The U21s have qualified again for the European Championships this summer and we have a lot of good young players in the junior teams."

He added: "I think the new the Elite Player Performance Plan will also help in that contact time with young players will increase. That can only help if we are teaching the right things, which I am sure we will do.

"We are at crossroads now and the start of a really bright future with all those things married together, it will only help the national game."

Spain's success in winning the 2010 World Cup and last two European Championships has seen their system of developing players praised as the standard-bearer for modern football.

What is Dan Ashworth's role?

"We have to be careful of saying we want to play like Brazil or play like Spain - we want to be England," he said. "We have characteristics as a nation both in how we play the game and us as people that are different to those countries.

"I suppose Germany would be a western European country that has similar traits and they went through a transition 10 or 12 years ago when they looked at what they were doing with their young players as a national association and it is paying dividends for them.

"But I don't want to model anything on one country. We are England and are very proud of being England and we have some really fantastic traits and if we can add one or two more bits and pieces we can take it to the next level."