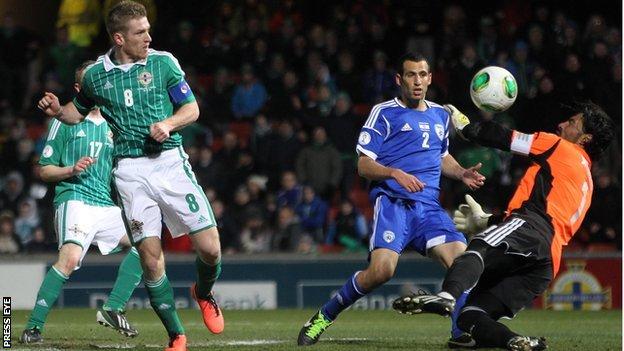 Northern Ireland's slide down the Fifa rankings continued when they were listed at 119th in the April standings.

That represents a fall of 21 places for Michael O'Neill's men who lost their only match during the last month at home to Israel.

It puts them below the likes of Antigua and Barbuda, Surinam and Tajikistan.

The Republic of Ireland have moved up a place to 39th.

England are down to seventh, Wales have leapt 22 spots from 71st to 49th and Scotland find themselves in 77th position.