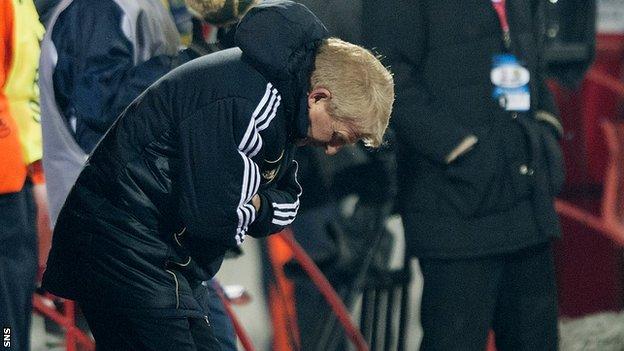 Scotland have fallen 11 places in the latest Fifa world rankings after World Cup qualifying defeats by Wales and Serbia.

Meanwhile, England slip three places to seventh, Wales jump 22 spots to 49th, Northern Ireland drop 21 places to 119th and Republic of Ireland are up one to 39th.

The five-time world champions' lack of competitive games is being blamed for their worst position since the rankings began in 1993.

Scotland can no longer qualify for next year's finals.

They lie bottom of the Group A qualifying table without a win in the six rounds of games so far.

Strachan took over from the sacked Craig Levein in January and won his opening friendly, when the Scots edged out Estonia 1-0.

However, the former Celtic and Southampton boss's side suffered a 2-1 home defeat by Wales and a 2-0 loss in Serbia in his opening two competitive fixtures.

Scotland's next Group A qualifier is away to Croatia on 7 June.