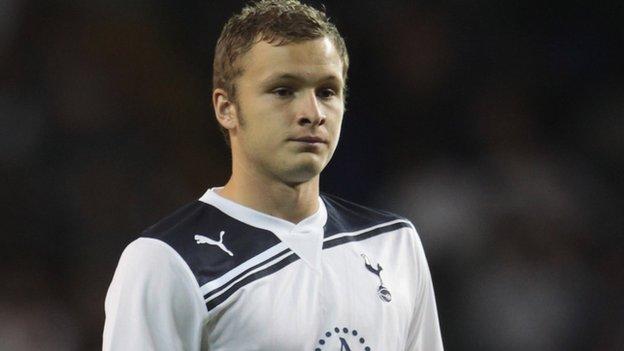 Parrett had agreed to stay at the County Ground until the end of the season, but has now returned to his parent club.

The 21-year-old played 69 minutes in Tuesday's 2-0 defeat by MK Dons - his third game for Swindon.

He arrived at the League One club alongside fellow Spurs youngsters Nathan Byrne and Massimo Luongo.

All three were brought in on loan deadline day on 28 March - the same day Swindon had their Football League transfer embargo lifted.

Parrett has previously had loan spells at Yeovil, Charlton, Plymouth and Aldershot and has played four times for Premier League Spurs.