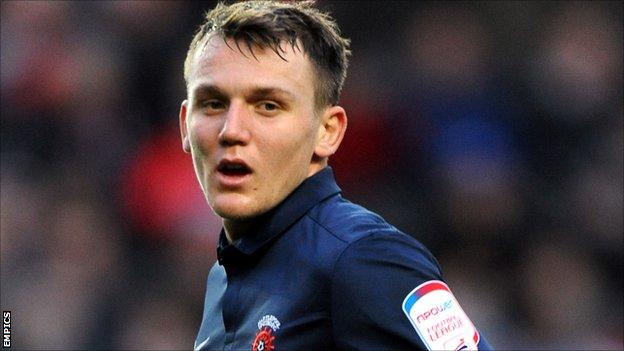 The 20-year-old striker was substituted at half-time in the 2-0 win against Bury with a pelvic problem and is now to undergo scans and assessment.

"Although he's not been prolific, he's been up there fighting and battling and done a fantastic job."

When Wyke arrived at the club, his only previous taste of first-team football had come during 12 games on loan at non-league Kettering last season.

"For one so young, he's got a real physical presence, nine times out of 10 he's playing against two big physical centre-backs and held his own," Hughes added.

"He's picking up, becoming a better footballer and we'll miss him."