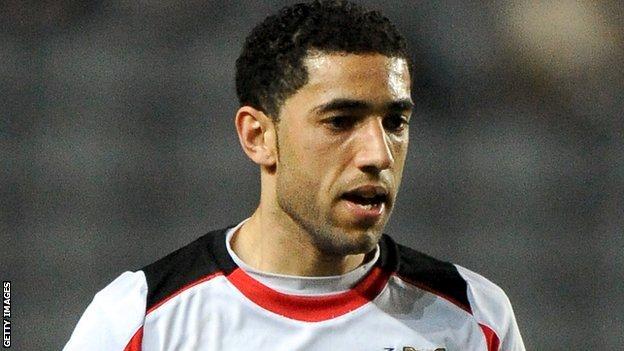 Bristol Rovers defender Danny Woodards has been ruled out for nine months with an anterior cruciate ligament injury.

The 29-year-old was stretchered off during Tuesday's 4-1 defeat by Bradford City and will undergo surgery on his knee on Friday.

Woodards missed the start of the current campaign after breaking his ankle on the final day of last season.

"It's a major test of his character. Once, you can accept it's happened but for it to happen again is too much to deal with at times."

Former MK Dons and Crewe player Woodards has been with Rovers since August 2011 and is out of contract in the summer.

He is the sixth Pirates player to be sidelined with a long-term knee injury this season, following Matt Harrold, Seanan Clucas, Adam Virgo, Matt Gill and Garry Kenneth.

Ward added: "You talk to Phil Kite, who's been physio for a long time, and it's a new phenomena for him, too.

"He's never seen that kind of injury list. For us to be in the good league position we are now in shows the effort from the club.

"The injury list is ongoing and pretty depressing when you look at it."