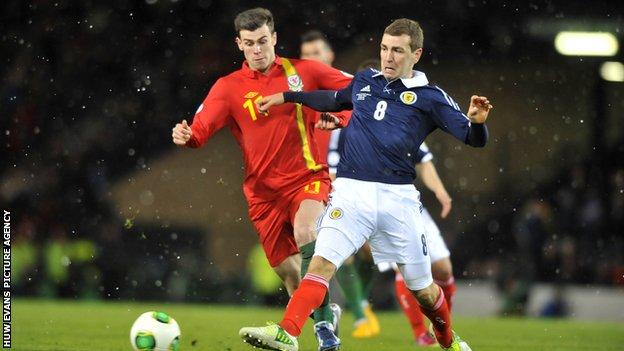 Wales have risen 22 spots from 71st to 49th in the latest Fifa world rankings.

Chris Coleman's side won 2-1 in Scotland in a World Cup qualifier in Glasgow during March.

Victory at Hampden Park was followed by a 2-1 home defeat against Croatia, who have moved up five places to fourth.

The top three of Spain, Germany and Argentina remain unchanged while England have dropped three places to seventh with Scotland down in 77th.

Northern Ireland have slumped to 119th, falling from 98th in March.