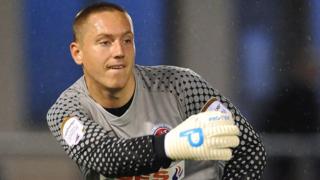 Scott Davies tells BBC Radio Lancashire that he feels his game has improved significantly since the arrival of goalkeeping coach David Lucas at Fleetwood Town in January.

Davies, 26, signed a new three-year contract earlier this week and says he made the decision to stay as the club's ambitions match his own.