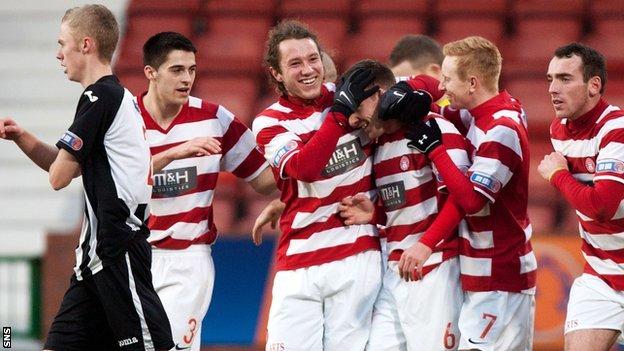 Dunfermline Athletic will be banned from the Scottish Cup next season - unless they pay gate money owed to Hamilton Academical.

But they have also been given a "severe censure" for not paying their First Division rivals a share of the receipts from the 2 February fifth-round tie.

The tribunal had decided to impose an "exclusion from the Scottish Cup until the debt is paid in full, with no imposition of a fine but a severe censure given".