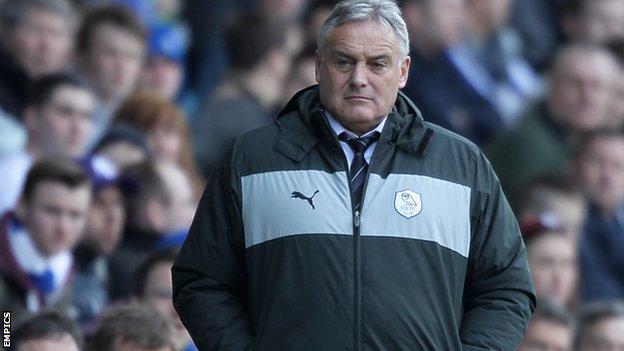 Sheffield Wednesday manager Dave Jones will serve a two-match touchline ban after being found guilty of misconduct by the Football Association.

The charge related to post-match comments after Wednesday's draw at Bristol City earlier this month.

The ex-Wolves and Cardiff boss had a suspended one-match ban from earlier in the season which was invoked by the FA and formed part of the penalty.

Jones will serve his ban for the away games at Leeds and Blackpool.