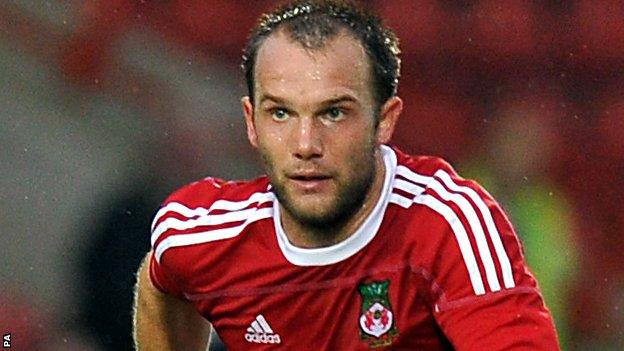 Left-back Neil Ashton says Wrexham want to finish the regular season on a high to go into the Blue Square Bet Premier play-offs with momentum.

Wrexham secured their play-off spot with victory over Cambridge United.

Two of their final three games are against the current top two - Mansfield and Kidderminster.

"We're going to do our utmost to finish as positive as we can and gain as much momentum as we can to go into the play-offs," Ashton said.

"The manager's got some big decisions on what type of team he plays and also scouting other teams that we could potentially face."

Andy Morrell's side host second-placed Kidderminster on Saturday before travelling to Mansfield, currently top, on the final day of the season.

Ashton said Wrexham are aiming to finish as high as possible in the table in order to gain home advantage in the second leg of the play-offs semi-finals.

Wrexham were beaten by Luton Town in the play-off semi-finals in the previous two seasons having lost both first legs.

"Ideally you'd like to play the second leg at home to get the crowd behind you if needed and give you that little bit of lift," former Shrewsbury and Chester defender Ashton added.

"But in previous seasons that hasn't worked either. We don't want to be chasing like we have been in the last couple of years.

"I've never been on the positive side of a play-off campaign.

"This is going to be the fifth time entering the play-offs in my career so fingers crossed I can get a positive result at the end of this one."