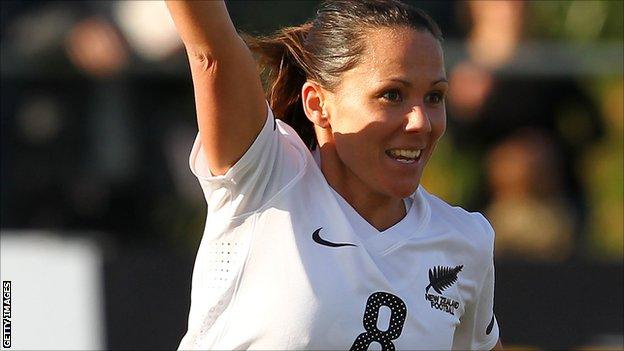 The 29-year-old, who played in the WSL for Chelsea in 2011, and is the record cap-holder for the Football Ferns with 90 international appearances.

"This signing is a clear statement of our intention and ambition in the coming years."

He added: "There is a belief amongst the group of players at this club that we can be right up there challenging for titles, and winning them in the not too distant future."

The Lady Imps finished fifth in the FA WSL last season, having ended the previous year's inaugural campaign in fourth.

However, they have a new manager in Rick Passmoor for this season, after Glen Harris was sacked last October.