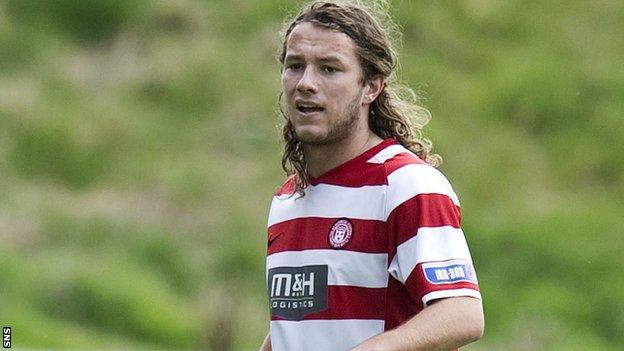 Steven May scored a hat-trick for the second game running as Hamilton beat Livingston at Almondvale.

May, who netted three of Accies' five goals against Airdrie in midweek, opened the scoring on 41 minutes from the penalty spot after Jon McShane was fouled inside the penalty area.

The 20-year-old striker, on loan from St Johnstone, added his second just two minutes later with a neat finish from Ali Crawford's cross to take his tally to 20 for the campaign.

It looked like May would be denied his third goal when he saw a header come back off the post.

Jonathan Page was sent off for the visitors after 80 minutes for a second bookable offence but it proved not to be costly as, four minutes later, May wrapped up his hat-trick, and Hamilton's fourth straight win, in style.