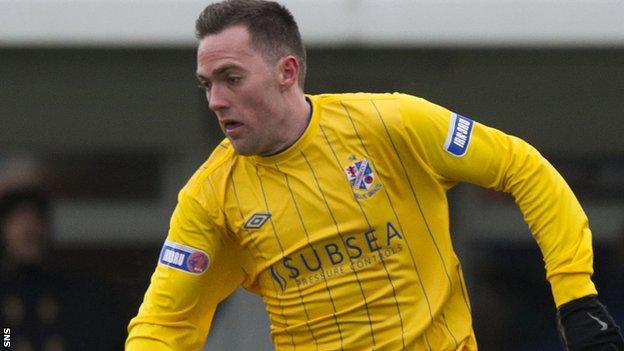 The visitors dominated the first 30 minutes and almost broke the deadlock on multiple occasions as Stevenson saw a 35-yard free-kick tipped over the bar before Brian Graham twice went close with headers.

Cowdenbeath finally who got the decisive goal when Stevenson found the top corner with a stunning free-kick from 25 yards.

Raith were denied an equaliser just before the hour mark when visiting goalkeeper Thomas Flynn pulled off a superb save to deny Grant Anderson's right-footed shot.

The Blue Brazil were inches away from doubling their lead when Greg Stewart's shot hit the post after 75 minutes but one goal was enough to end a run of six games without a win for Colin Cameron's side.