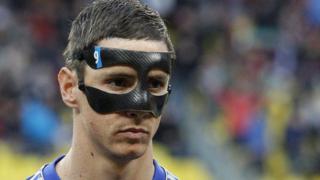 Chelsea interim manager Rafael Benitez says he will assess Demba Ba before deciding whether Fernando Torres will play in the club's FA Cup semi-final against Manchester City on Sunday.

Torres scored his third goal in three matches in Chelsea's 3-2 defeat by Rubin Kazan and Benitez says the Spanish striker is "working hard and creating chances".

Despite losing in Russia, Chelsea progressed to the semi-finals of the Europa League and Benitez says he "gives credit to the players" for getting through but adds they must defend better.