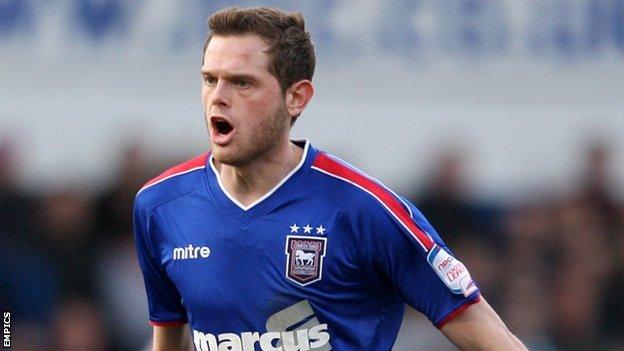 The 25-year-old full-back, on loan from Wolves until the summer, has played a role in Ipswich's run of nine clean sheets from their last 12 games.

"I think if we can keep Stears we should. We should do all we can to keep him," Chambers told BBC Radio Suffolk.

From leaky to stingy

"For me he's been fantastic. I'm not sure how Wolves have managed to let him go with the state they're in."

In January, Stearman left Wolves, who are just a point above the Championship relegation zone, to join Ipswich's own battle to beat the drop.

Town are now six points clear of the bottom three, with their recent upturn in results coinciding with the solid defensive displays of a back four regularly including Stearman, Chambers, Tommy Smith and Aaron Cresswell.

"We should be doing everything we can to try and keep the back four together, because that's the basis we have managed to build our success on," added 27-year-old Chambers.

"It's been a great record for us and it's not just been about the back four, it's the whole team.

"The gaffer [Mick McCarthy] has made no secret about outworking every team we play, but I think we've been very solid as a back four since Stears came in."