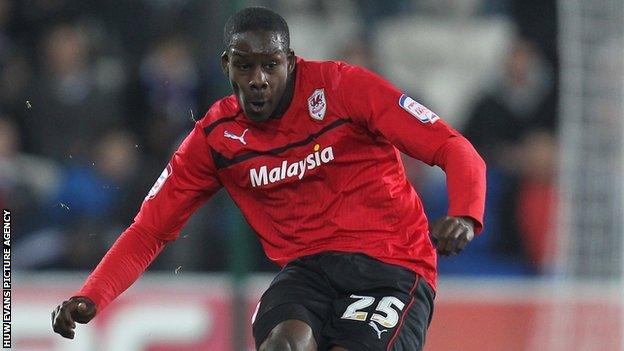 Norwich defender Leon Barnett is to remain on loan at Cardiff City until the end of the season.

Barnett, 27, amid the ankle problems that of their Premier League-bid run-in.

Cardiff boss Malky Mackay said: "We are very grateful to Norwich for their help and look forward to Leon continuing his impressive form."

Barnett has made four Bluebirds appearances and could face Nottingham Forest at Cardiff City Stadium on Saturday.

Barnett has previously played for West Bromwich Albion, Coventry City and had a loan spell at the Canaries in August, 2010.

He then became a permanent player at Norwich in December, 2010.