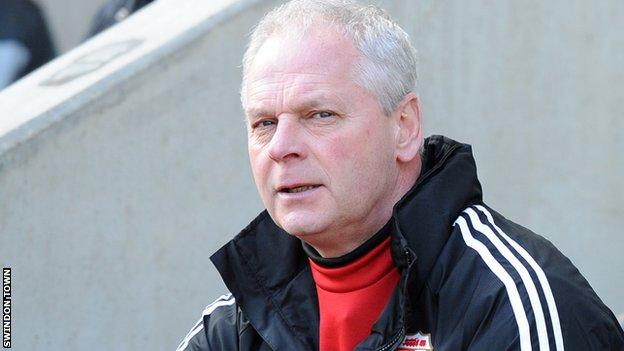 Manager Kevin MacDonald has confirmed six Swindon Town players will miss the final four games of the League One season through injury.

The club had already confirmed defender Nathan Thompson would miss the rest of the campaign with an ankle injury.

"There's some good players there and some very experienced players who would help the club. But we can't do anything about that."

Tommy Miller is struggling with a calf injury but MacDonald expects the midfielder to play some part in the remaining fixtures.

Swindon occupy the final play-off place in League One, but go into Saturday's clash with fifth-place Sheffield United without a win in four games.

And MacDonald admits he is going to have to rely on his younger players to bolster his depleted squad.

"[The injuries] make it harder because it means we have to bring another youngster through," the Scotsman added.

"But it gives someone else an opportunity and it's up to them to grasp it."