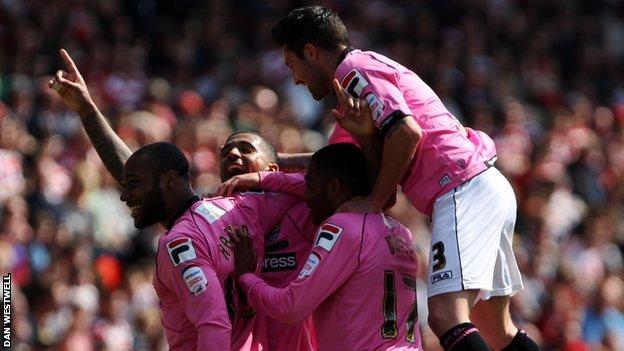 Notts County's Joss Labadie knocked Doncaster off the top of League One when a win would have sealed promotion.

The midfielder struck from 25 yards after Alan Judge nudged a free-kick into his path, before the hosts had a Dean Furman goal ruled out for offside.

Doncaster threatened late on when Billy Paynter and Iain Hume had shots cleared off the line after goalmouth melees.

Rovers play Brentford next weekend, the side third in the table, and will be promoted if they can avoid defeat.

"Normally we start with a high tempo, get in the opposition's half and put them under pressure.

"We didn't do that today and it set us up for a poor first-half.

"Our away form has been blistering so we'll still go into next week full of confidence.

"When I took over, if someone had offered me the position of winning our last game to go up I'd have taken it without doubt."