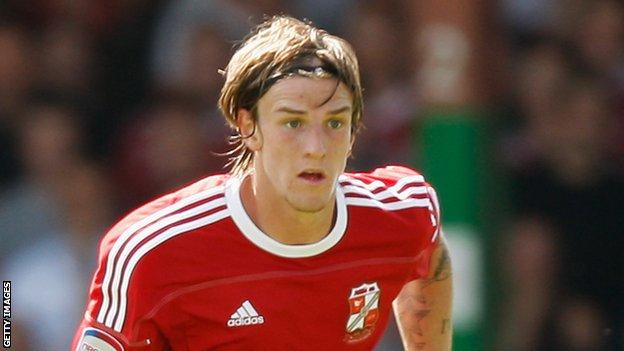 Two sublime strikes from Aden Flint guaranteed Swindon a League One play-off spot as they recorded a comfortable win over 10-man Stevenage.

The defender's first goal of the season put the Robins ahead as he struck a half-volley into the top corner.

Gary Roberts doubled the lead when he fired in off the post after Dani Lopez had been sent off for the visitors following a clash with Alan McCormack.

Flint sealed the win with a stunning shot into the bottom corner.

"We've been shown in the last two games exactly what the play-off sides have got that we haven't on all sorts of levels.

"There's all sorts of gaps between us and the winning level - fortunately we're going to have a long, hard pre-season to put a lot in place that isn't there right now.

"The fourth official said there were four occasions where he disagreed with the decision and obviously some of them were quite big moments, so that says everything I guess. But you've got to let referees make the decisions they see."