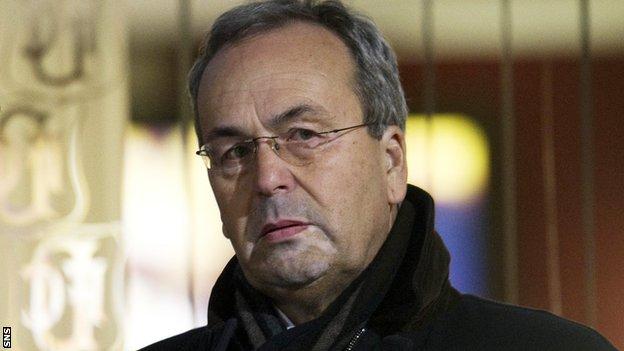 County's board met on Friday to decide how they would vote on the issue.

MacGregor told BBC Scotland: "I'm not going to say what decision we've reached until I tell the meeting on Monday, that's only fair.

"I'm an optimist though and I don't we see why we can't compromise."

"I have to balance the interests of fans, shareholders and the long term future of the game," he said.

"I don't see why we can't take the good bits from the proposals. My big concern is for the First Division clubs, because I know what it's like to be there.

"There is a lot of good in the current proposals, and I don't see why we can't distribute a fairer share of the money now to the First Division.

"I would do that right now. And I think most fans would be happy to accept a play off place along with the one up one down."

SPL clubs are due to vote on the 12-12-18 proposal at Hampden on Monday, with an 11-1 majority needed to carry the plan.

St Mirren plan to vote against the proposal.