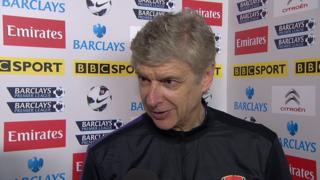 Arsenal manager Arsene Wenger says the Gunners' late comeback to beat Norwich proves they are "ready for the fight" for a coveted Champions League place.

Norwich took the lead just before the hour through Michael Turner's header, but three goals in the last seven minutes from Mikel Arteta, Oliver Giroud and Lukas Podolski secured victory for the Gunners.

Arsenal have now scored 18 goals in the last 15 minutes of their league matches this season, which is more than any other Premier League team during the campaign.