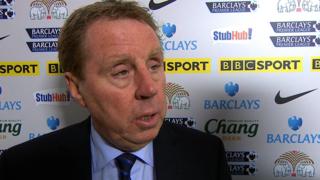 A "sloppy" QPR conceded goals in either half to consign them to a third defeat in four league games.

The defeat leaves Rangers seven points from safety, but Redknapp insists the club "have got to believe" they can avoid relegation.

Bruce 'won't give in' despite criticism