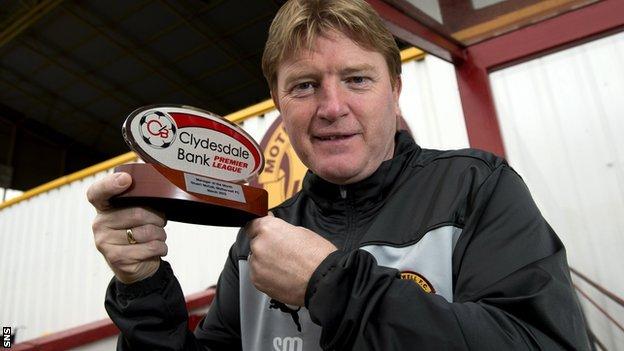 Motherwell's Stuart McCall has been named manager of the month in the Scottish Premier League after his team enjoyed an unbeaten March.

He received his Clydesdale Bank award after Well won three and drew one of their games during the month.

Having ended February with a win over champions-elect Celtic, McCall's side beat Hearts and drew with Aberdeen.

They then went on a scoring spree, beating Hibernian 4-1 at home and Dundee 3-0 at Dens Park.

In their first game during April, McCall's side were held to a 2-2 draw by St Mirren to sit three points clear of third-placed Inverness Caledonian Thistle.