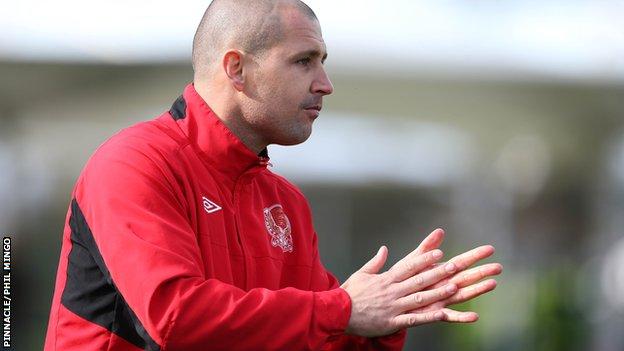 Jersey came from behind to beat the Essex and Suffolk Border League 4-1 in a friendly at Springfield.

Rob Thorne saw his penalty saved after five minutes but knocked in the rebound to put the visitors ahead.

But the islanders hit back through Jean-Gabin Moubeke's goal from close-range and led at half-time thanks to Jay Giles' strike.

Thorne had the opportunity to level the game at 2-2 on the hour mark, but his penalty was saved by substitute goalkeeper Jonny Willows.

"I'm really pleased with the boys and some of the new acquisitions that we've brought into the squad," Jersey boss Craig Culkin told BBC Radio Jersey.

"We had a lot of the ball, we made six or seven changes at half-time and it was a little bit stop-start at times.

"I think we need to be a bit more clinical in front of goal, we're missing far too many chances, so that's a slight concern."

The match was the first of two friendlies for Jersey before the Muratti Vase final. The reds next face Middlesex Wanderers on Saturday 11 May, a week before the clash with Guernsey.