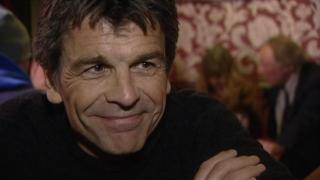 Late Kick Off South, South West and West meets the Hollywood producers who are putting the story of Reading legend Robin Friday on the silverscreen.

Friday was dubbed the best player never to have played in the top tier of the English game, and he cut through the seventies as one of the original rock star footballers.

His drinking and drug binges became legend and led to any early death, but his skills on the pitch also lit up Elm Park, Reading's old ground.

We hear from the team who have been so captivated by the bad boy with the heart of gold.

Watch the full story on Late Kick Off on Sunday at 11:25 BST on BBC One.