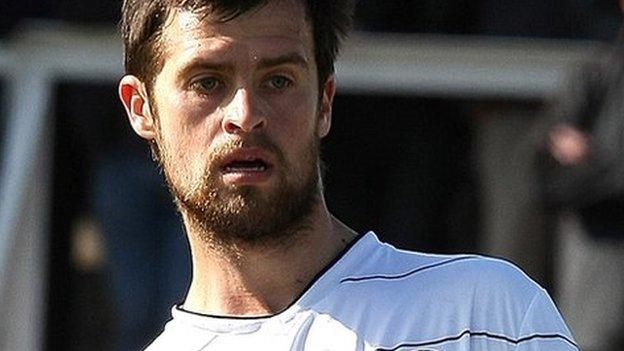 The Exiles could still mathematically win the Conference Premier title following a 2-0 win over Alfreton.

"It's out of our hands so we'll carry on to try and win our games and see what happens at the end of the season," Anthony said.

"We'll keep battling and keep fighting and whatever happens we'll have the momentum going into the play-offs is it is [the case].

"Form and momentum is vital going into the latter end of the season. We'll keep pushing."

Newport, if they win their remaining two games, will reach 90 points - the same total as current leaders Kidderminster Harriers.

Harriers have a superior goal difference to County while second-placed Mansfield, on 89 points, have two games remaining.

Mansfield suffered a surprise 2-1 defeat at Braintree with Kidderminster returning to the top of the table with a 2-1 win at Wrexham.

Newport, already assured of a play-off place, face Luton Town on Tuesday with their final game of their regular league at Grimsby on Saturday.

Justin Edinburgh's side kept their promotion hopes alive with a hard-fought, 2-0 win over Alfreton - their third win in five days.

Anthony scored County's second goal in a game which was played in torrential rain and awful conditions at Rodney Parade.

"We knew it was going to be a battle and both teams had to play to the surface, but we managed to come through and win 2-0," Anthony added.

"[It] was a fantastic performance considering what we had to deal with pitch-wise and we're happy with the result."