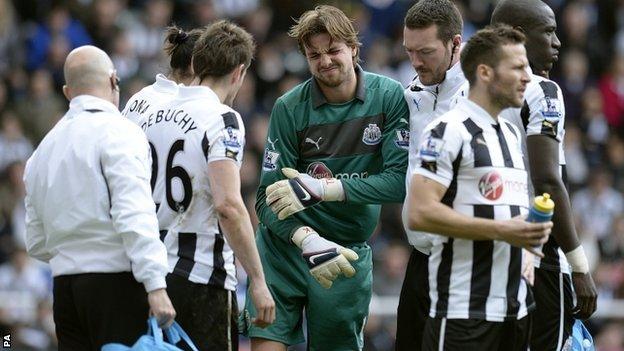 Newcastle goalkeeper Tim Krul has been ruled out for the rest of the season with a dislocated shoulder.

The Dutchman was forced off after 57 minutes when he landed awkwardly after punching away an Adam Johnson free-kick during the 3-0 Premier League defeat at home to local rivals Sunderland.

The 25-year-old was replaced by Rob Elliot, who has now made 13 appearances this season.

Newcastle are five points clear of the relegation zone with five games left.