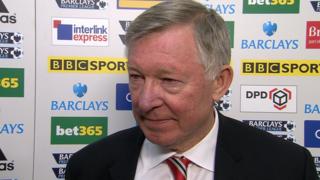 Michael Carrick put United ahead early on before van Persie's second-half spot kick ended his run of 10 games without a goal.