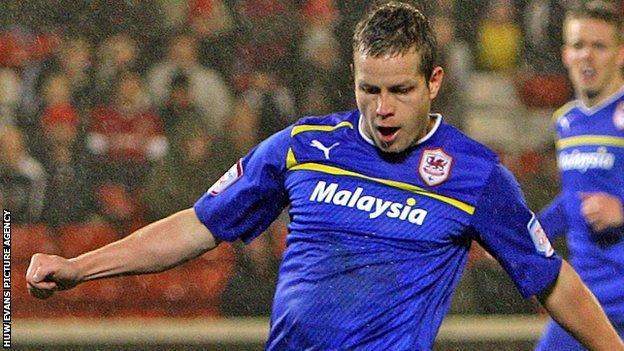 Striker Heidar Helguson will miss Cardiff City's bid to seal promotion to the Premier League against Charlton on Tuesday because of injury.

Campbell, who in January 2012, has an ankle problem.

A groin strain keeps Connolly on the sidelines as they face a side bidding for a play-off place and who beat on Saturday.