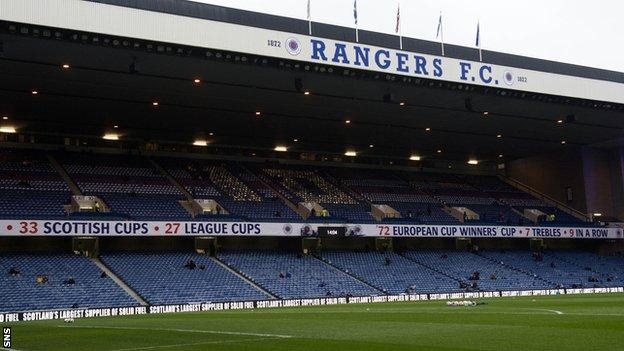 Rangers has confirmed in a statement to the London Stock Exchange that chief executive Charles Green faces an independent investigation.

The statement said the pair "deny any wrongdoing" and that lawyers would address the allegations.

It continued: "Directors believe that the review will help to ensure a swift conclusion to this issue."

Rangers International Football Club PLC also state that a further announcement will be made in due course.

On Saturday, after Rangers had made a statement about the issue, Rangers manager Ally McCoist said that the club's fans deserved to know the truth about what was going on behind the scenes at Ibrox.

Shares in the company lost 3.5% from their value following the announcement.