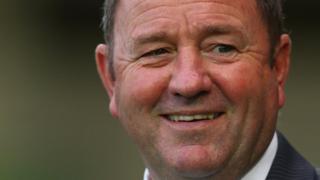 Yeovil Town manager Gary Johnson tells BBC Points West he is just hoping for a normal match as he prepares to face his son Lee Johnson, who is the boss at Oldham, for the first time.

Gary managed Lee when he was a player during his first stint at Huish Park and also when he was in charge at Bristol City.

They will become only the second father and son to face each other after Bill Dodgin (Bristol Rovers) and Bill Dodgin Jr (Fulham), whose sides last met in 1971.