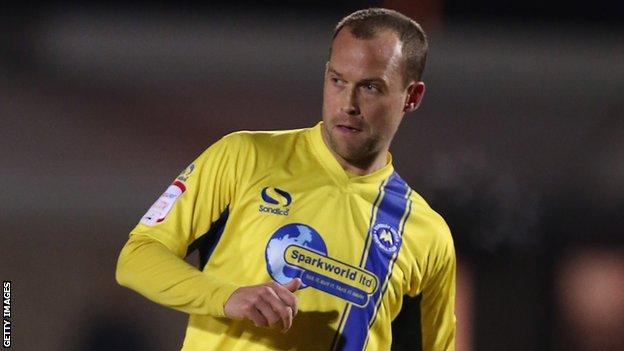 Torquay United defender Kevin Nicholson is confident his side can get out of the League Two relegation places.

Torquay slipped into the drop zone after

"We're not worried, we've got three games left to go and do it," said left-back Nicholson, 32.

"You can put whatever spin you want on it, but it's on our hands,. We've got to go and win those games."

The Gulls have lost their last three matches, having gone unbeaten in their previous four.

Should they lose to Barnet on Tuesday, Torquay will be three points from safety with only two games left to play.

"We shouldn't have got ourselves in this position," Nicholson told BBC South West Sport..

"But we can get ourselves out of it, so there's no point in worrying."