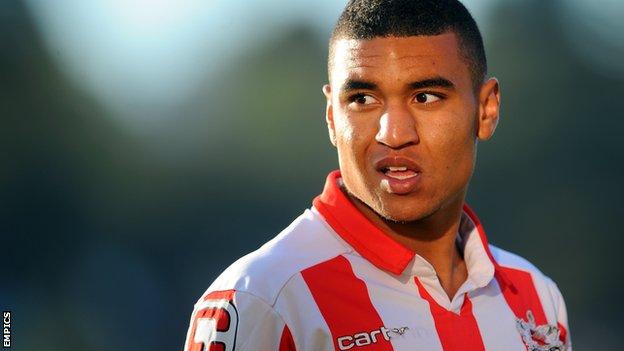 The 18-year-old scored both of the club's goals in their in just his second game.

"He was so positive that it really shows that the selection was par for the course," Tisdale said.

"He can be hit and miss because he's young and learning his game, but he's capable of those type of strikes," Tisdale told BBC Radio Devon.

And Tisdale says Reid, who has come up through the club's academy, was shocked when he was named in the starting line-up.

"When I announced the side in the dressing room you should have seen the look on his face.

"He wasn't expecting to play and not many people in our group were, I hadn't named the side until 1.30," Tisdale added.

The point at Kingsmeadow was not enough to send Exeter back into the play-off places.

They are one spot and one place behind Bradford, who occupy the final play-off spot and have a game in hand.

"I'm not happy with a point as we needed a win," Tisdale said.

"Having been in the lead twice you hope you can do enough to stay in front.

"But we're still in it, we've still got a chance, but it's disappointing when you've been in the lead twice."