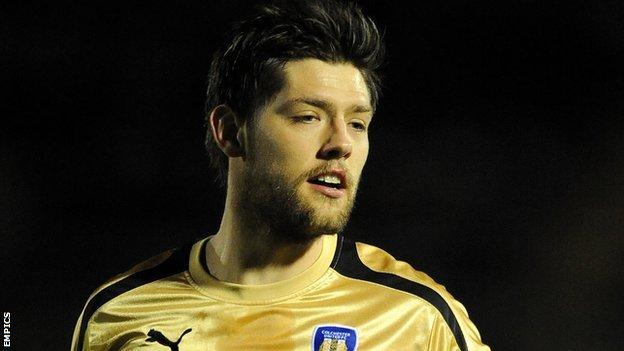 Ipswich Town midfielder Anthony Wordsworth has said he is fortunate to be back playing after breaking his back in February.

"I didn't realise how serious it was until I got to the hospital and they told me I had broken my back," he told BBC Radio Suffolk.

A fractured, or cracked, vertebrae can be treated with or without surgery.

This often involves wearing a back brace for six to 12 weeks before an exercise and rehabilitation regime.

"It wasn't very nice, but luckily I'm back playing."

Wordsworth's headed goal at the weekend echoed the manner in which he was injured against Blackpool, when he hit the turf heavily after a challenge with the keeper.

The setback has limited his opportunities since joining the club from Colchester United in January and he will need further physiotherapy to regain full fitness.

"I'm still a long way off from where I want to be," he explained.

"It was clear to see I was struggling with my fitness. I only played 45 minutes but it was difficult.

"I've never been out for that amount of time before and it was difficult, but the physio and medical team were brilliant and got me back as quickly as possible.

"I still need to look after it and rebuild the muscles around my back, but I can train and play while doing that."