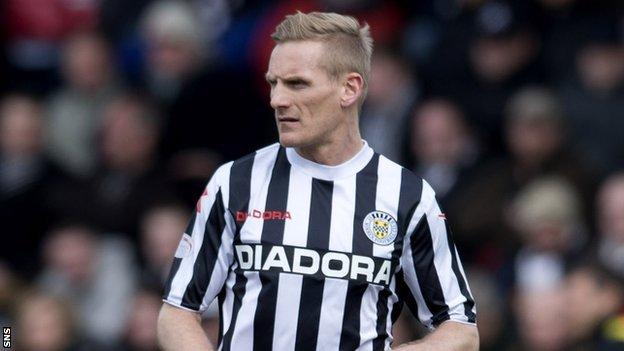 Gary Teale has signed a new one-year deal with St Mirren to take the winger through to the end of next season.

There is also the possibility of another year on top of that should he achieve "a set amount of appearances".

The 34-year-old former Scotland and Wigan Athletic player arrived at the Paisley club in the summer of 2011 after leaving Sheffield Wednesday.

Teale, who began his career with Clydebank, has since made 76 appearances for St Mirren.

He has also played for Ayr United and Derby County - and had loan spells with Plymouth Argyle and Barnsley.