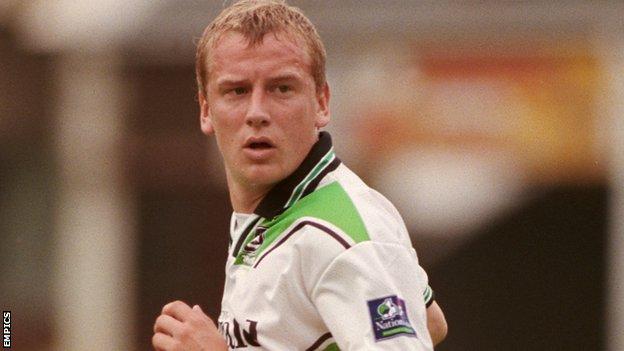 Ex-Norwich striker Lee Power is to join the board at Swindon and will become part-owner of the League One club.

The 40-year-old has previously held backroom roles at Luton, Cambridge and now defunct Rushden and Diamonds.

Swindon were taken over in February by a consortium led by Jed McCrory - a friend of Power.

The footballer-turned-businessman was present at the County Ground for Swindon's 4-1 victory over Crewe on Tuesday evening.

Following his retirement, he embarked on several career ventures. He set up Cre8 Publishing in 2008 and also worked as a football agent.

He was part of a consortium that took over Luton Town in 2003, but severed ties with the club a month after he arrived.

Power became chairman at Cambridge United in 2006 and made himself caretaker manager for 12 games, before appointing Jimmy Quinn as boss.

He left the U's 18 months later and joined the board at non-League rivals Rushden, who were dissolved in 2011.