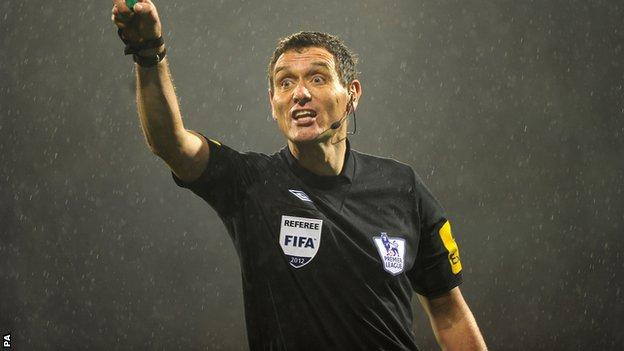 Andre Marriner will take charge of the FA Cup final between Manchester City and Wigan at Wembley on 11 May.

Marriner, 42, refereed the 2010 Community Shield and was the fourth official for Manchester City's 1-0 win over Stoke in the 2011 FA Cup final.

"It's a great honour to be asked to referee the final during the 150th anniversary of the FA," Marriner said.

Marriner has been a referee since 2003 and took charge of his first Premier League game in 2004.