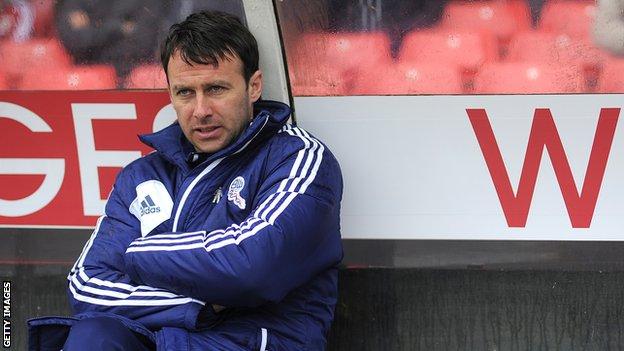 Manager Dougie Freedman has said he will need to reach deep into his squad as injuries hinder Bolton's challenge for a Championship play-off spot.

On-loan midfielder Jay Spearing will be out for three weeks with a broken toe.

And striker David Ngog was stretchered off during with a shoulder problem.

"Fingers crossed, we can bounce back quickly on Saturday [against Middlesbrough] and give ourselves a chance. Some players who haven't been playing have got to step up.

"We've lost David for Saturday at least and Jay will be out for three weeks. His fitness will be fine, but he'll have three weeks in a plaster. If we manage to get into the play-offs, he could possibly be available.

"I feel for the fans because the club hasn't had any luck [with injuries] over the last couple of years."

and Keith Andrews (Achilles) are currently unavailable because of long-term injuries, while David Wheater, Stuart Holden (both knee) and Chung-yong Lee (broken leg) have all spent lengthy spells on the sidelines in the past two seasons.

Bolton relinquished their position in the top six as a result of their defeat at the King Power Stadium, which ended a three-match winning run.

Wanderers are a point behind the Foxes with three matches to play.