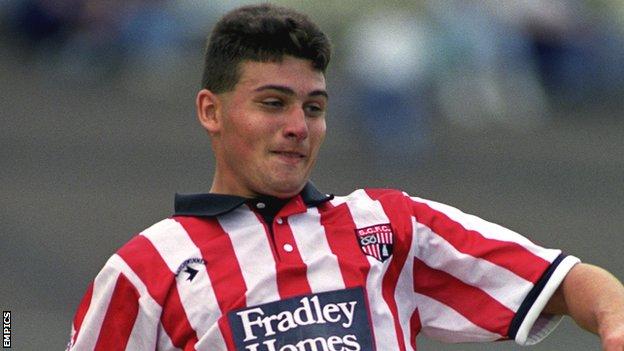 Ware had been in remission following treatment for a brain tumour, but was taken ill again recently.

Congleton-born Ware began his career in the Potteries, playing 141 times during six years at Stoke.

He helped Lou Macari's side win the Football League Trophy at Wembley in 1992 and then promotion to the second tier a year later.

Ware signed for Stockport in 1994 and played for three seasons at Edgeley Park, apart from a loan spell at Cardiff, before spending a year at both Rochdale and Macclesfield towards the end of his career.

A short statement on the Stoke website said: "He had been bravely fighting a serious illness and our thoughts are with his family and friends at this time."