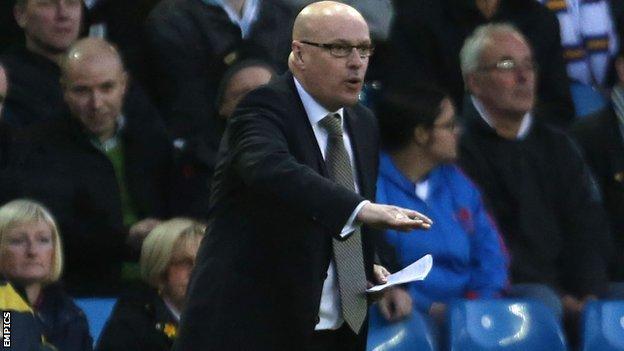 Leeds United boss Brian McDermott was pleased with his side's work-rate in their 1-0 win over Burnley.

"I spoke to them before the game about a clean sheet being about more than just the back four," the 52-year-old told BBC Radio Leeds.

"We kept our shape brilliantly and we put in blocks towards the end to keep the clean sheet."

He continued: "The most important thing is that we learn to win and we get the details right."

McDerrmott took over at Elland Road following the departure of Neil Warnock, with the side having gone seven games without a win.

However, he is hopeful that his experience at the Royals, who he left in March, has put him in a better position to succeed with Leeds.

"I've learned an awful lot in the last three or four weeks from what happened to me at Reading," he said.

"I hope that Leeds have got a better manager off the back of that."

Meanwhile, McDermott confirmed that midfielder David Norris, 32, will miss the final three games of the season as he requires knee surgery.