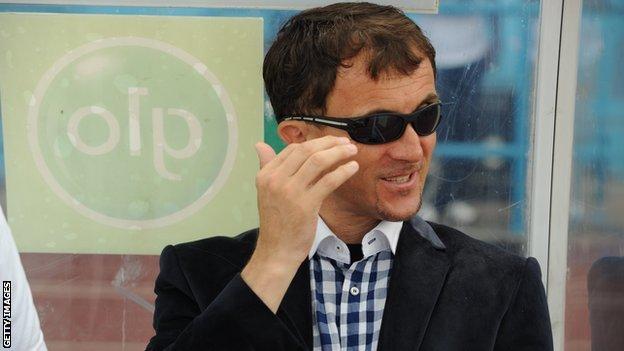 A statement on the Ferwafa website said he lost his job because of poor results, Rwanda are currently bottom of their 2014 World Cup qualifying group after a 2-1 loss to Mali last month.

Sredojevic was philosophical following the decision when he spoke to BBC Sport.

"I'm happy to have served Rwanda diligently and I think their football standards will keep growing with time." the Serbian coach said.

"I'm going to take a rest as I scout around for the next move."

Sredojevic, who first came to Africa in 2001 to coach Ugandan club SC Villa, refused to be drawn on whether he was interested in the vacant Cranes' post.

After a successful spell in charge of Villa he went on to win the league title in Ethiopia with St George.

The Serbian has also had relative success in continental club competitions guiding South African giants Orlando Pirates to the semi finals of the African Champions League in 2006.

He also lead Sudan's Al Hilal to the last four of both the Confederation Cup and Champions League.

His biggest achievement with Amavubi was a runners-up spot at the 2011 Cecafa Senior Challenge, the East and Central African regional championship.